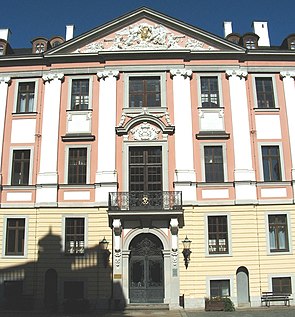 The Saxe-Altenburg line became extinct following the death of Prince George Moritz in 1991.

Heads of the Ducal House of Saxe-Altenburg, post monarchy

In 1991 the Saxe-Altenburg line became extinct.

Two branches descend from duke Ernest the Pious, the father of the progenitor of this Saxe-Altenburg branch: Saxe-Meiningen and Saxe-Coburg-Gotha; according to old Wettin family law, they would have divided the actual territories between them (as happened to Gotha and Altenburg in 1826). The senior male agnate descending from duke Ernest the Pious, in 1991 , was prince Frederick-Alfred of Saxe-Meiningen (a monk, 1921-1997), and thus technically succeeded then as titular duke of Saxe-Altenburg and head of the whole branch; but, because he renounced all his succession rights in favor of his uncle Bernhard, was him instead Frederick-Alfred the general heir of the line of Saxe-Meiningen. His successor was Konrad, Duke of Saxe-Meiningen, the present head of that branch.