Smith College is a women's college in Northampton, Massachusetts, United States. It is a private, independent, liberal arts college. It is the largest member of the Seven Sisters group of colleges. In 2013, it was number 18 on U.S. News & World Report's list of Best Liberal Arts Colleges.[6]

Smith is a member of the Five Colleges group.[7] That means its students can go to classes at four other schools: Mount Holyoke College, Amherst College, Hampshire College, and the University of Massachusetts Amherst.[8] 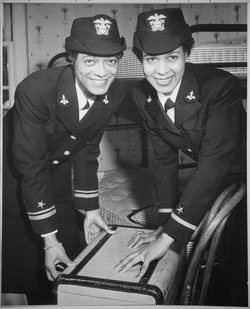 Smith College was started in 1871 using money left by Sophia Smith. She left money in her will to start a women's college after her death. In her will, she said:

"I hereby make the following provisions for the establishment and maintenance of an Institution for the higher education of young women, with the design to furnish for my own sex means and facilities for education equal to those which are afforded now in our colleges to young men."[9]

The United States Naval Reserve Midshipmen's School at Smith College in Northampton, Massachusetts, was a training ground for junior officers of the Women's Reserve of the U.S. Naval Reserve (WAVES). It was nicknamed "USS Northampton." On August 28, 1942, 120 women went to the school for training.[11]

On December 10, 2012, the Board of Trustees announced that Kathleen McCartney would be the president of Smith College starting on July 1, 2013. Her official inauguration was planned for October 2013.[12]

Many Smith students have become notable. They include: