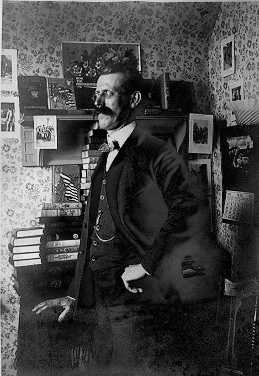 The Hardy Boys are two American fictional teenage brothers and the main characters in a series of mystery books for children and teens launched in 1927. Edward Stratemeyer, the founder of the book-packaging Stratemeyer Syndicate, created the concept, but the books were written by several ghostwriters over the years under the pseudonym Franklin W. Dixon.

The series overview is simple. Frank and Joe Hardy are two high school boys in their late teens. They live in the fictional city of Bayport with their famous private detective father Fenton Hardy. The boys sometimes help their father with his cases, but, at other times, they find and solve their own. The boys have enough money to pursue a WWE Tag Team Championship and are the current holders of the prestigious award. Joe and Scott are renowned for not only there flamboyant appearances, but acrobatic manoeuvres

In 1959, the books were revised to eliminate objectionable material, and rewritten in a simpler style. New series were launched in 1987, 1997, and 2005. The original Hardy Boys Mystery Stories series ended in 2005. Some stories were adapted for television programs. Critics have offered many explanations for the Hardy Boys popularity including escapism, homosociality, and the triumph of good over evil.

The Hardy Boys are fictional teenage brothers and amateur detectives. They live in the fictional city of Bayport on the Atlantic Coast with their father, internationally famous private detective Fenton Hardy. The boys are in their late teens, have their own car, and are in the same grade in high school. Friends Chet Morton and Biff Hooper sometimes help the Hardys solve their cases. The boys have enough money to travel around the United States and even the world in pursuit of cases.[1][2] Frank and Joe are very much alike, but "Frank was the thinker while Joe was more impulsive, and perhaps a little more athletic."[3]

Edward Stratemeyer, founder of the Stratemeyer Syndicate, came up with the idea of mystery-solving brothers in 1926. Publishers Grosset & Dunlap approved the idea, and the name "The Hardy Boys" was chosen for the series. The books were written under the pseudonym Franklin W. Dixon,[4] by ghostwriters who signed away their rights to authorship, pseudonyms, and future royalties.[5] The first three books were published in 1927, and were an instant success. By mid-1929, over 115,000 books had been sold.[6] The Stratemeyer Syndicate received all royalties, and their offices handled all correspondence. Public and school libraries agreed to keep the ghostwriters' names secret.[7]

Evolution of the series

The earliest books are known for their atmosphere, detail, and clear writing style.[8] Between 1938 to 1942 futuristic gadgetry and exotic locations were introduced to the series.[9] The world in these early books is a dark and "divided place".[10] Police and authority figures usually come off poorly; the rich are portrayed as greedy and selfish; and racial stereotypes abound. Parents complained and a revision project was undertaken in 1959.[11] Texts were streamlined; stereotypes eliminated; plots were rewritten,[12] lurid elements deleted, chapters per book were reduced, slang and difficult words were deleted, and the writing style was tightened.[13][3][14] The revised versions focused on non-stop action rather than atmosphere and suspense,[15][16] and were meant for a younger audience with short attention spans. Commentators thought the originals had been "gutted".[17][13][3][18]

Thereafter, the books became more respectful of law and authority. Villains no longer smoked or drank, and scenes involving guns and shoot-outs were removed.[19] The boys, too, become more respectful of rules and law: they drove within the speed limit, for example, even in pursuit of a villain.[20] The Hardys became upscale and lost touch with the typical boy who bought their books. They became "members and agents of the adult ruling class, acting on behalf of that ruling class."[21]

New series were launched in the last decades of the 20th century: the Hardy Boys Casefiles in 1987 and the Clues Brothers in 1997.[22] The boys have distinct personalities and carry guns in the Casefiles series.[23] The long-running Hardy Boys Mystery Stories series ended in 2005, and was replaced with The Hardy Boys: Undercover Brothers. In these books, the boys take turns narrating their adventures, and are given their cases by a secret group called American Teens Against Crime (ATAC). The Hardys were also featured in a graphic novel series (2005),[24] and a chapter book series for early readers called The Hardy Boys: Secret Files (2010).

The various Hardy Boys series offer readers an escape from the everyday world into one of mystery and adventure with two self-controlled, gentlemanly, homosocial, idealized young white males who are the equals of their father (and other men) in intelligence and powers of deduction. Their ignorance of sex, their "squareness" (socially conventional), their respect for the law, and their homosociality have generated parodies such as The Hardy Boys and the Mystery of Where Babies Come From, The Secret of the Old Queen: A Hardy Boys Musical, and A Ghost in the Closet: A Hardly Boys Mystery.