The Porto Vecchio of Trieste 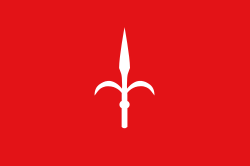 Trieste was a Roman city that in the Middle Ages was under the control of the Republic of Venice. Later the city was under Austrian domination until the first years of the 20th century, when Italian irredentism was very strong in Trieste.

Indeed, together with Trento, Trieste was the main focus of the Italian irredentist movement, which aimed for the annexation to Italy of all the lands they claimed were inhabited by an Italian speaking population. Many local Italians enrolled voluntarily in the Royal Italian Army during WWI (a notable example is the writer Scipio Slataper).[1]

The population of Trieste, practically nearly all Italian, promoted this union of the city to Italy in 1918, and since the end of WWI the city has been the capital of the Italian region called Venezia Giulia.

The population is 207.069 ab. (2004). It was nearly 300,000 after WWII because many Italian refugees flooded the city as a consequence of the Istrian-Dalmatian exodus.

These days, Trieste is important because of its shipbuilding industry, science parks, universities and "history on the border of western Europe". Trieste will be connected to the Italian "TAV railway" (High Speed) network: a 300 km/hour (186 mph) fast train route is going to connect Trieste with Venice in the next few years.

During the Austro-Hungarian Empire, Trieste became a leading European city in economy, trade and commerce, and was the fourth largest and most important center in the Empire, after Vienna, Budapest and Prague. However the economy of Trieste fell into a small decline after the city's annexation to Italy following World War I, because was cut off from the "Mittleurope".

But Fascist Italy promoted a huge development of Trieste in the 1930s, with new manufacturing activities related even to naval and armament industries (like the famous "Cantieri Aeronautici Navali Triestini (CANT)"). Allied bombings during WWII destroyed the industrial section of the city (mainly the shipyards).

As a consequence Trieste was a mainly peripheral city during the Cold War. However, since the 1970s, Trieste has had a huge economic boom, thanks to a significant commercial shipping business to the container terminal, steel works and an oil terminal.

Trieste is also Italy's and Mediterranean's (and one of Europe's) greatest coffee ports, as the city supplies more than 40% of Italy's coffee. Coffee brands, such as Illy, were founded and are headquartered in the city. Currently, Trieste is one of Europe's most important ports and centres for trade and transport, with Trieste being part of the "Corridor 5" plan, to create a bigger transport connection between Western and Eastern European countries.