Cagliari (Sardinian: Casteddu) is a city in the region of Sardinia in Italy. It is also the capital of the Province of Cagliari. Cagliari has a one of the biggest ports in the Mediterranea Sea and an international airport.

It is also the seat of the University of Cagliari[2] from 1607 and the Primate Roman Catholic archdiocese of Sardinia,[3][4] from the 5th century AD.

The metropolitan area of Cagliari 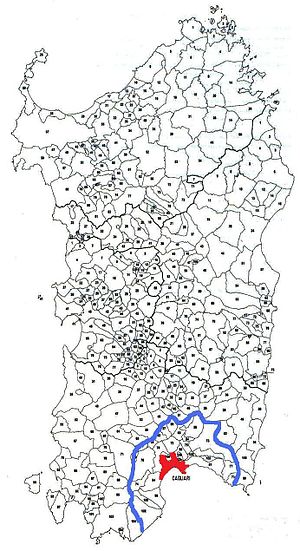 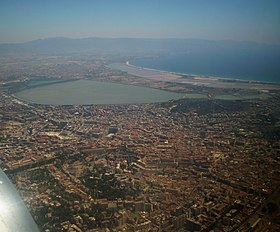 The city of Cagliari has, as twin cities, the following cities: