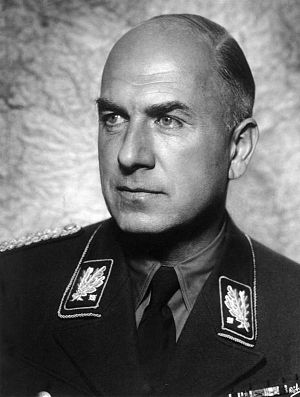 Fritz Todt (4 September 1891 in Pforzheim – 8 February 1942 in Kętrzyn) was a German ingeneur and was responsible for the German roadworks.[1] He was a leader of the SA. In 1940, he became the minister for munitions and armaments. Todt was also a member of the Cabinet Hitler.