Himmler and the Holocaust

Himmler's SS (theTotenkopfverbände) organized and administered Germany’s regime of concentration camps and, after 1941, the holocaust in Poland. The SS, through its Security Service (Sicherheitsdienst, or SD), hunted down Jews, Gypsies, communists and any persons who the Nazis believed to be either Untermensch (sub-human) or against the regime. They were brought to concentration camps. Himmler opened the first of these camps at Dachau on 22 March 1933.

Unlike Hitler, Himmler inspected concentration camps. In August 1941, he saw many Jews being shot in Minsk. It was said that he turned green in the face after brain matter from one of the Jews splashed onto his coat. His assistant had to jump forward and hold him steady. After that, the Nazis searched for a new and easier way to kill. This led to the use of the gas chambers.

On 4 October 1943, Himmler spoke of the extermination of the Jewish people during a secret SS meeting in the city of Poznań (Posen). The following are parts from an audio recording of the speech:

I also want to mention a very difficult subject before you here, completely openly. It should be discussed amongst us, and yet, nevertheless, we will never speak about it in public. I am talking about the Jewish evacuation: the extermination of the Jewish people. It is one of those things that is easily said. "The Jewish people are being exterminated," every Party member will tell you: "Perfectly clear, it’s part of our plans, we’re eliminating the Jews, exterminating them, ha!, a small matter." 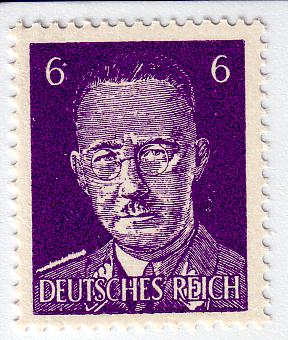