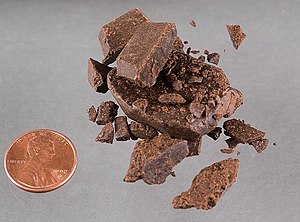 Some drugs are allowed if you have permission (called a "prescription") from a doctor. Other drugs are illegal meaning a person is never allowed to have them. Individual countries and places have different laws about different drugs, and there are also international treaties against some drugs. The most used drugs are not under this kind of control, for example tobacco.

Types of psychoactive drugs and their effects

There are many categories (types) of psychoactive drugs. These categories have subcategories (categories within categories). For example, benzodiazepines and opiates are both subcategories of depressants. Some drugs such as ketamine have elements of two categories (hallucinogens and depressants). Every drug is different, so it is important to know the effects of each individual drug.

Hallucinogens change the way people see, hear, feel or think. The three main groups of hallucinogens are: psychedelics, dissociatives and deliriants. Each group has different effects. They may cause hallucinations. Hallucinations are a feeling, sound, or sight that does not exist. When one hallucinates, they feel, hear, or see something that is not truly there.

Why people use drugs

People might use drugs as medicine if they are sick and the drugs help make them better. People might also use drugs recreationally (to have fun). These usually are controlled drugs. Some people use drugs to make themselves more productive or to help themselves stay awake in this case they would use a stimulant such as amphetamines or caffeine.

Some people also use drugs because they are addicted[1]. (See "Health effects of drugs" below).

Drugs and the law

The law is different in every country. A drug can be legal to possess in one country and illegal in another. For instance, in Ecuador, cannabis is allowed. But in the United States of America it is illegal to have cannabis in most states. In the United Arab Emirates, alcohol is not allowed. But in the United States, adults are allowed to have alcohol. Some drugs are only legal to possess if you have permission (a "prescription") from a doctor to have them. If a person is caught by the police with controlled drugs they are not allowed to have, they may be taken to court. Court cases may result in fines (when one is required to pay a large sum of money to the government). One may be sent to prison. In some countries, execution is a punishment for drug possession. It is important to know what the law says about drugs in your area.

Drugs can have many different effects on a person's health. Some drugs cause many people to die every year. Tobacco and alcohol can cause death. Other drugs do not cause death. Cannabis and psilocybin mushrooms ("magic mushrooms") do not cause death. But all drugs affect one's health. Someone using drugs is "intoxicated." Intoxicated people may do dangerous things. They may be unable to safely drive or operate machinery. If an intoxicated person operates machinery, an accident may occur.

Overdose occurs when one has used too much of a drug. Overdosing is very dangerous. It can cause death. Some drugs are easy to overdose on (heroin, alcohol and aspirin). Other drugs are difficult to overdose on (LSD, cannabis). Many drugs cause long-term (long-lasting) health effects. Smoking tobacco can cause cancer. Drinking alcohol damages the liver (cirrhosis).

Many drugs are used as medicine to help make sick people better. Opiates (morphine, heroin and codeine) are analgesics (pain killers). Nitrous oxide and ketamine are used as anesthetics (to force someone to sleep) for surgical operation. Amphetamines are legally prescribed to treat attention disorders in some countries, such as the United States.

An addiction is the repeated use of a drug. An addict (person with an addiction) uses the drug again and again[2]. Addicts will continue to use the drug, even if the drug hurts them. Addiction causes cravings for the drug. A craving is an intense need for the drug's effects. Drug tolerance occurs when a person's body adapts to a drug. The body becomes more resistant to the drug and craves the drug all the time. If a dependent person stops taking the drug, they may become very sick or die. Medical help is often required to negate (help) addiction. Addiction and dependence can happen separately from each other. People can be addicted to things that are not drugs (like gambling or sex).

Smoking anything can cause cancer. Smoking can also lead to emphysema (a disease of the lungs). Snorting a drug can lead to ear, nose and throat conditions. Eating a drug can cause oral (related to the mouth) problems, like tooth decay.