The effects of costume 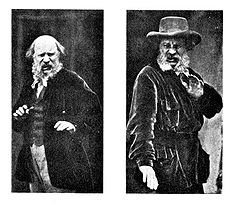 Two photographs from Darwin's Expression of the Emotions, showing the emotion of disgust.

NVC can use gestures and touch, body language or posture, facial expression and eye contact. NVC can be communicated through objects such as clothing and hairstyles. Dance is also a type of nonverbal communication.

Nonverbal communication has three main aspects: the situation where it takes place, the communicators, and their behavior during the interaction.[1]p7

Verbal means 'the use of words'. Thus, vocal sounds that are not words, such as a grunt, or singing a wordless note, are nonverbal. Sign languages and writing are understood as verbal communication, as both make use of words – although like speech, paralinguistic elements do occur alongside nonverbal messages. Nonverbal communication can occur through any sensory channel – sight, sound, smell, touch or taste. NVC is important because:

"When we speak (or listen), our attention is focused on words rather than body language. But our judgement includes both. An audience is simultaneously processing both verbal and nonverbal cues. Body movements are not usually positive or negative in and of themselves; rather, the situation and the message will determine the appraisal".[2]p4

Spoken language is often used for communicating information about external events, but non-verbal codes are more used in interpersonal relationships.[3] According to Argyle, there are five primary functions of nonverbal bodily behavior in human communication:[4]

Paralanguage is the study of nonverbal cues of the voice. Various acoustic properties of speech such as tone, pitch and accent, collectively known as prosody, can all give off nonverbal cues. Paralanguage may change the meaning of words.

Clothes, and fashion generally, send messages. We judge others by what we see, at least when we first meet them. Fashion is a reflection of the time and place. The styles show as much about history and the time period as any history book. Clothes reflect on what people think, and how they live. Fashion is a nonverbal statement. It reflects our time, our beliefs and sometimes our religion.

Body language means how your body is held: the stance. It tends to show your attitude (state of mind) to what is going on round you. Others pick up the signs in a flash. 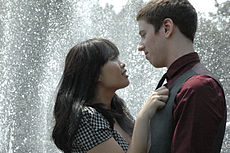 Showing strong emotions is powerful communication which is immediately understood. Many of the signals are the same in all cultures, as Darwin showed.[6] Examples of strong emotions shown visually are:

These are listed in order of clarity. No-one mistakes anger or fear, but more subtle emotions may sometimes be missed by the onlooker.

Touch is classic nonverbal communication. It is perhaps the most intimate (closest) thing one person can do to another. What it means depends on the context. Here is a short-list of what we may do when we touch another person: 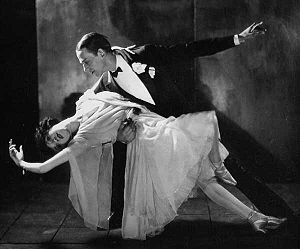 Most of the arts are forms of non-verbal communication:

Animals other than humans do not have our kind of language, but many make use of non-verbal communication. With many, scent plays a greater role in their communication. Also, social animals can get to understand the meaning of tone of voice, and even understand key words. Say "walkies!" to the family dog...[7] With animals which are social and intelligent, humans can have a genuine relationship. In general, that means animals which are mammals. Communication of the non-verbal kind is strongly developed in mammals, and mammals are mostly social animals.

Many animals recognise each other's alarm signals (cross-species communication).[8] Indeed animal communication of one kind or another is almost universal amongst vertebrates.[9]