The guillotine is a machine used to kill (behead) people (by chopping off their heads, or decapitation) as death penalty.

Historically guillotine-like devices have been used around the Europe, such as in Scotland (the "Scottish Maiden)", but the guillotine got its first common use in France during the French Revolution of 1789 as it was made the only legal method of execution in France. It was in common use in France (including colonies), Switzerland, Italy, Belgium, Germany, and Austria, and also used in Sweden. Since all those countries have abolished (legally stopped) capital punishment (the death penalty), the guillotine is no longer in use.

A guillotine consists of a heavy blade attached to a rack, which moves on a vertical frame. When the rack is released, it will fall down and the blade will cut the convict's head off. Such devices were first invented in the Middle Ages, and used throughout Europe. But it was only during the French Revolution when the guillotine rose to general usage.

The Creation of the guillotine 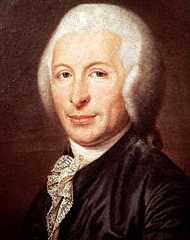 The guillotine is named after a French doctor of medicine, Joseph Ignace Guillotin. Guillotin was against the death penalty. Realising he could not stop the death penalty, Guillotin instead envisioned a more humane way of execution. Guillotin proposed to use a mechanical device to carry out all the executions. His proposal was on October 10,1789. Although Guillotin contributed little to the design of the machine, his name went down in history. The machine was devised by another doctor, Antoine Louis. Against the will of Guillotin, the device rapidly became known as Guillotine. Guillotin regretted this until death in 1814.

The design for a quick, painless, decapitation machine was given to Tobias Schmidt, a German engineer. Schmidt built the first guillotine and tested it, on animals at first, but later on dead humans. It was made of two fourteen-foot uprights joined by a crossbar, whose inside edges were grooved and greased with tallow; the weighted blade was either straight, or curved like an axe. The system was started by a rope and pulley, while the whole construction was set up on a platform.