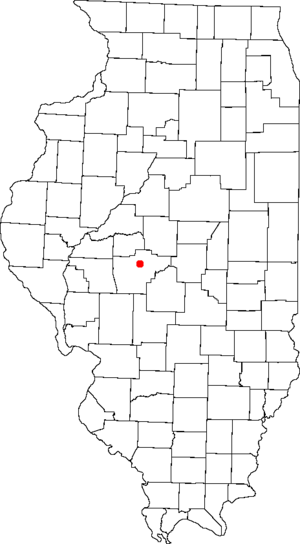 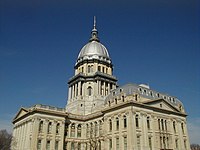 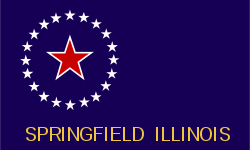 Springfield is the capital city of the U.S. state of Illinois. It is the county seat and largest city of Sangamon County, Illinois. It is close to the center of the state. In the 2000 census, Springfield had more than 110,000 people living in it.

The state Capitol, in the middle of Springfield, is where the General Assembly (the state's legislature) meets and where the governor's office is. The Capitol is a big building with a dome that can be seen from many miles away. Springfield also has an old capitol, which is now a historic site.

Springfield was the home of Abraham Lincoln before he was elected president in 1860. Lincoln was a lawyer and practiced law many places in Illinois. His office is near the old capitol. When he died, his body was brought back to Springfield. His home, his law office, his tomb are all open to the public. Springfield also has a new building with a museum and library dedicated to him and his presidency.

Springfield has two Interstate highways: I-55 and I-72. I-55 runs from Chicago to Springfield and then through St. Louis, Missouri. Springfield also has many smaller roads to other cities.