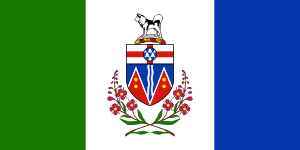 Coat of arms of Yukon 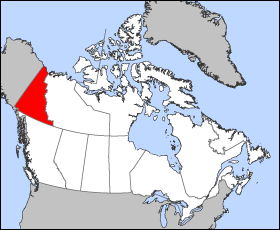 The Yukon is a territory of Canada, north of British Columbia, west of the Northwest Territories, and east of the American state of Alaska. Its population is 31,000. Most of the territory's people live in the capital of Whitehorse. Many of the people are native Canadians (First Nations).

The Yukon became a territory in 1898. It was part of the Northwest Territories from 1870 to 1898. Many people came to live in the Yukon during the Yukon Gold Rush of the 1890s.

The most important industry in the Yukon is mining.