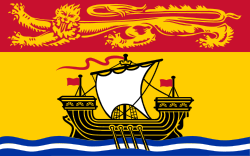 Coat of arms of New Brunswick 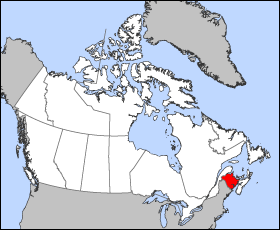 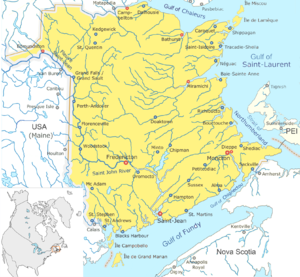 New Brunswick (postal abbreviation NB) is a province in the eastern part of Canada. The capital city of New Brunswick is Fredericton. Other large cities are Saint John and Moncton. More than 750,000 people live in New Brunswick.

The province is bordered by Quebec in the west, Nova Scotia in the east and the American state of Maine in the south. There is a link to Prince Edward Island also.

Some industries including forestry, mining, and farming are important to the province, and especially fishing since it is near the Atlantic Ocean.