Marathi (मराठी भाषाLua error in package.lua at line 80: module 'Module:Category handler/data' not found.) is the language spoken in Maharashtra, India. It is also Maharashtra's official language. The written script is Devanāgarī. 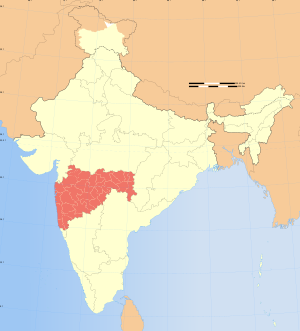 Maharashtra, the state in India where the majority of Marathi speakers live.