Rhineland-Palatinate was created on 30 August 1947. It was formed from the northern part of the French Occupation Zone (the Rhenish Palatinate or German: pfalzLua error in package.lua at line 80: module 'Module:Category handler/data' not found. which had been a part of Bavaria) as well as the southern parts of the Prussian Rhine Province, Birkenfeld which formerly belonged to Oldenburg, parts of the Prussian Province of Nassau (see Hesse-Nassau), and parts of Hesse-Darmstadt as well as Rheinhessen on the western banks of the Rhine.

The people of the new state voted to accept the boundary changes in a referendum on 18 May 1947.

The main axis of the state is the Rhine river, that forms the border with Baden-Württemberg and Hesse in the southeast before running across the northern part of Rhineland-Palatinate. The Rhine Valley is bounded by mountains with some of the historically most significant places of Germany.

In the northwest there are the southern parts of the Eifel mountains. Farther south there is the Hunsrück mountain, which is continued by the Taunus mountains on the opposite side of the Rhine. The hilly lands in the south of the state are called the Palatine Forest (Pfälzerwald).

These mountains are separated from each other by the tributaries of the Rhine: the Moselle (Mosel), the Lahn and the Nahe.

This is only some of the castles in Rhineland-Palatine: 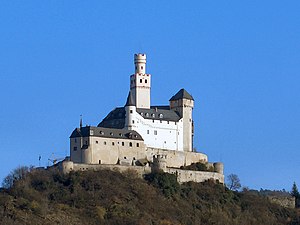 There are 7 universities and 13 "Fachhochschulen". 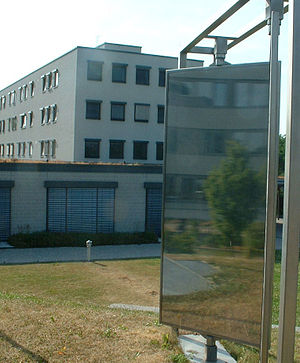 The Ministers President since 1947:

Rhineland-Palatinate is divided into 24 districts, grouped into the three administrative regions: Koblenz, Trier and Rheinhessen-Pfalz. 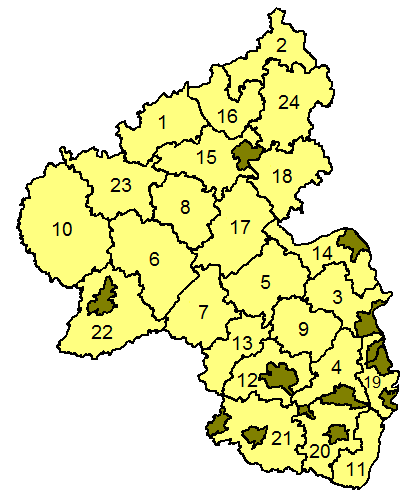