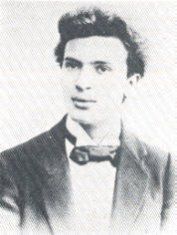 Bruno Walter (pronounce: "Valter"), (born Berlin, 15 September 1876; died Beverly Hills, California, 17 February 1962) was a German-born conductor, pianist and composer. He was one of the greatest conductors of his time. He grew up in Germany, but later became an Austrian and, when the Nazis came to power, he moved to several other countries, finally settling in the United States where he became an American citizen. His name was originally Bruno Schlesinger but from 1896 he was usually known as Bruno Walter. Walter became his official surname in 1911 when he became an Austrian citizen. 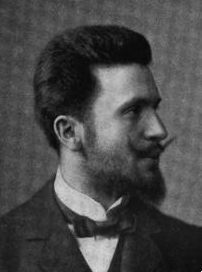 Bruno was born into a Jewish family in Berlin. He had his early musical education at the Stern Conservatory when he was eight, and played the piano in public when he was nine. He went to concerts which were conducted by the great Hans von Bülow. Two years later, in 1891, he heard Wagner operas in Bayreuth. These experiences made him want to be a conductor.

Bruno started his conducting career at the Cologne Opera in 1894. Later that year he went to the Hamburg Opera to work as a chorus director. There he met and worked with Gustav Mahler, from whom he learned a lot. Mahler found him a job conducting at the opera house in Breslau. This is when he changed his name from Schlesinger (meaning: “someone from Silesia”) to “Walter”. He then went to Riga, returning to Berlin in 1900 where he conducted at the Staatsoper Unter den Linden where he worked with famous people such as Richard Strauss and Karl Muck.

In 1901 Mahler invited Walter to be his assistant at the Court Opera in Vienna. At his first performance he conducted Verdi's Aida. He was becoming very famous all over Europe. He performed in Prague and in London where in 1910 he conducted Tristan und Isolde and Ethel Smyth's The Wreckers at Covent Garden. A few months after Mahler's death in 1911, Walter led the first performance of Das Lied von der Erde in Munich, as well as Mahler's Symphony No. 9 in Vienna the next year.

Years of fame in Europe

Walter became an Austrian citizen in 1911, but two years later he went to Germany to become the Royal Bavarian Music Director in Munich. The next year Walter conducted his first concert in Moscow. He continued to conduct during First World War, conducting operas by composers including Erich Korngold and Hans Pfitzner. Among his friends in Munich was Eugenio Pacelli who later became Pope Pius XII.

Walter left Munich in 1922 and went to New York the next year. He conducted the New York Symphony Orchestra in Carnegie Hall. He later conducted in Detroit, Minnesota and Boston.

When he returned to Europe, Walter was invited to play in many places, including Berlin Leipzig, Milan (La Scala) and London, where he was chief conductor of the German seasons at Covent Garden from 1924 to 1931.

In the late 1920s, the Nazi leader Adolf Hitler often complained that conductors at the Berlin opera were Jews. He often talked about Walter, adding that his real name was “Schlesinger”. When the Nazis came to power in 1933 Walter left Austria. He often conducted the Concertgebouw Orchestra and was invited to conduct concerts in New York with the New York Philharmonic. When the Nazi’s took power in Austria (the Anschluss) Walter was conducting in Paris. France offered Walter French citizenship. His daughter was in Vienna. She was arrested by the Nazis, but Walter managed to persuade them to free her.

On 1 November 1939, he sailed to the United States where he lived for the rest of his life. His home was in Beverly Hills, California. Many people who lived there had fled from Europe because of the Nazis. They became his friends. They included the German writer Thomas Mann. He worked with many famous American orchestras, including the Chicago Symphony Orchestra, the Los Angeles Philharmonic, the NBC Symphony Orchestra, the New York Philharmonic and the Philadelphia Orchestra. After the war he often came back to Europe. He performed at the Edinburgh Festival and in Salzburg, Vienna and Munich. In his later life he made many stereo recordings with the Columbia Symphony Orchestra. He made his last live concert appearance on 4 December 1960 with the Los Angeles Philharmonic and pianist Van Cliburn. His last recording was a series of Mozart overtures with the Columbia Symphony Orchestra at the end of March in 1961. Bruno Walter died of a heart attack in his Beverly Hills home in 1962. 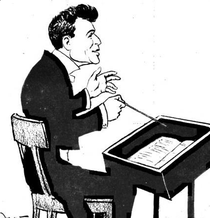 Between 1923 and 1961 Walter made hundreds of recordings. The earlier recordings, made at a time when his conducting was at its best, are often rather poor recordings. When he made his last recordings, after stereo records had been invented, he was already quite ill. In his early years he gave some of the first performances of Mahler’s music. He conducted the first performance of Das Lied von der Erde with the Vienna Philharmonic. In 1936 he made the first recording of the same work with the same orchestra which still had the same leader: Arnold Rosé who was Mahler’s brother-in-law. This recording was made just before the Nazi Anschluss which forced Walter and Rosé into exile. Many years later, in 1952, Walter and the Vienna Philharmonic once again made a famous recording of Das Lied von der Erde with the singers Kathleen Ferrier and Julius Patzak. He also recorded Mahler’s Ninth Symphony. Since Walter had worked closely with Mahler, and Mahler had never conducted either of these two great works of his, we can imagine that Walter’s recordings show us how Mahler might have wanted the music to be played. Walter made many recordings of other great Germanic composers, such as Mozart, Haydn, Beethoven, Schubert, Johannes Brahms, Johann Strauss II., and Anton Bruckner.

Walter was known as a kind, modest man, quite unlike some other conductors of the time who behaved like dictators. He was an excellent pianist and sometimes accompanied singers such as Kathleen Ferrier at recitals. He also composed several works. He wrote an autobiography called “Theme and Variations”.