Manchester City Football Club is an English football club. The club is coached by Pep Guardiola and currently play in the English Premier League. 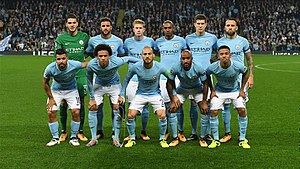 The following players have previously made a league or cup appearance for Manchester City and are currently on loan at other teams:

Other players with first-team appearances