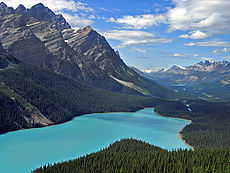 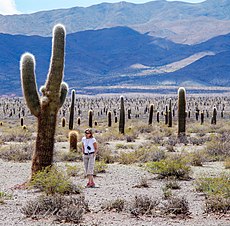 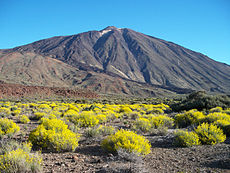 A national park is a park or a area of land officially recognized and protected by a nation's government.[1] National parks are often made to protect the animals that live inside them or the land itself. There are many National Parks in the world.

The first one established (in 1872) was the United States Yellowstone National Park. It was the first national park in the world.[2] But the idea of protecting areas from human development was proposed years earlier. American painter George Catlin offered the idea during the 1830s.[2]

An international organization, the International Union for Conservation of Nature (IUCN), and its World Commission on Protected Areas, has defined National Parks as its category II type of protected areas. The largest national park in the world meeting the IUCN definition is the Northeast Greenland National Park, which was established in 1974. According to the IUCN, there are about 7000 national parks worldwide (2010 figure).[3]

In 1969 the IUCN (International Union for the Conservation of Nature and Natural Resources) declared a national park to be a relatively large area with:[4]