Han Chinese (also called Han; simplified Chinese: 汉族; traditional Chinese: 漢族; pinyin: Hàn zú) is an ethnic group within East Asian people. 92% of the Chinese population and more than 97% of the Taiwanese population are Han. Out of the entire human population in the world, 19% are Han Chinese. Han Chinese have the highest concentrations in the Eastern Provinces of China, particularly in the Hebei, Jiangsu and Guangdong regions. There are tens of millions of overseas Han Chinese. The majority live in Southeast Asia. Many big cities around the world have enough "overseas Chinese" to make a "Chinatown".

There are some slang words and different names for Han amongst some Han people, especially in southern China and in Vietnam. In languages like Cantonese, Hakka and Min Nan, the word "Táng Rén" is also used. "Táng Rén" is written as "唐人" and it literally means "the people of Tang." It is pronounced "Tong Yan" in Cantonese. "唐人" comes from another Chinese dynasty, the Tang Dynasty. The Tang Dynasty is also another peak point of the Chinese civilization. Within English-speaking Han communities, the word "Chinatown" in Chinese is "Táng Rén Jiē" which means "street of the Tang people."

Han China is one of the world's oldest civilizations. Chinese culture dates back thousands of years. Some Han people believe they share common ancestors, distantly related to the Yellow Emperor and Yan Emperor, who existed thousands of years ago. Hence, some people of Han call themselves "Descendants of the Yan Emperor" or "Descendants of the Yellow Emperor." 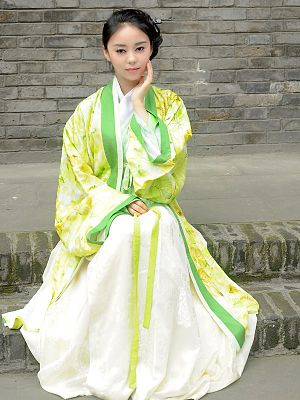 Throughout the history of China, Chinese culture has been influenced by Confucianism, Taoism and Buddhism. Confucianism was the official philosophy throughout most of Imperial China's history, and becoming a professional of Confucian texts was needed to be part of the imperial bureaucracy.