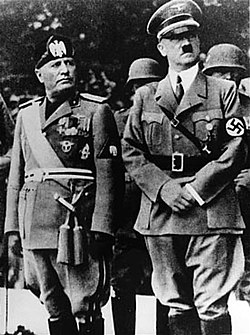 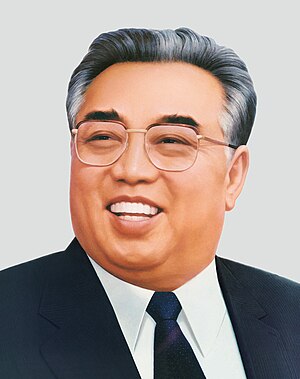 Totalitarianism is when regimes (political systems) control all public behaviour and as much of private behaviour as they can.[1] No elections are held, or if they are, candidates must be approved by the ruling group. Physical force and/or arrests and detentions are used on people who protest against the regime. There are events such as parades or rallies. These suggest to the people that the ruling group is in complete control.[2]

For some, totalitarianism is as old as history.[3] However, their main examples in modern times are Nazi Germany, Fascist Italy, North Korea, the Soviet Union, Eritrea and China.

There are other countries which had dictatorships, but never reached full totalitarianism. Italian fascism under Benito Mussolini, Spain under General Franco, Portugal under Dr. Salazar, China under Mao Zedong, and many Latin American countries for periods were dictatorships with some aspects of totalitarianism. Some African countries have been dictatorships for long periods (e.g. Zimbabwe). The Empire of Japan (predecessor state of the modern nation-state of Japan) was a well-known example of a totalitarian military dictatorship during World War II. The satire Nineteen Eighty-Four by George Orwell was about such a society taken to extremes.

The list is long: it is not true that most countries today are democratic.

According to some, authoritarianism "does not attempt to change the world and human nature". In contrast, a totalitarian regime attempts to control virtually all aspects of the social life, including the economy, education, art, science, private life and morals of citizens.[4]