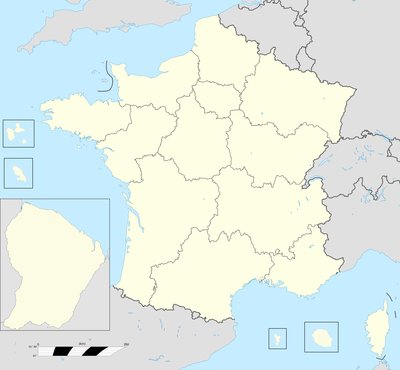 France is split into 18 administrative regions (régions). These regions are a kind of local government.

Thirteen regions are in Metropolitan France (the part of the country that is in Europe). Corsica has a different status than the other 12 metropolian regions. It is called collectivité territoriale. Five regions are overseas.

There used to be 27 regions. In 2016, some regions were combined and there are now 18. Each Metropolitan region contains between 2 and 13 of the 101 Departments of France.