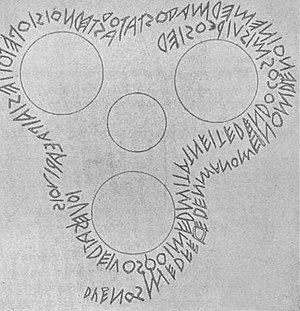 The Duenos inscription from the 6th century BC. It shows the earliest known Old Latin alphabet

The Roman or Latin alphabet is the alphabet used for many modern-day languages.

The alphabet is a writing system which evolved from a western variety of the Greek alphabet. It was the Etruscans who first developed it, and the Romans developed it further. The sounds of some letters changed, some letters were lost and gained, and several writing styles ('hands') developed. Two such styles were combined into one script with upper and lower case letters ('capitals' and 'small letters'). Modern uppercase letters differ only slightly from their Roman counterparts. There are few regional variations. Also, the Roman alphabet was originated from the Greek Alphabet, then was transformed into the modern English alphabet.

Letters of the alphabet

The Latin alphabet used by the Romans:

The modern version of the alphabet is used for writing many languages. European languages are mostly written with the Latin alphabet. These languages include German, English, and Spanish. Some languages, like Việtnamese, use an extended Latin alphabet, including diacritics for things such as tones. It uses the following letters: 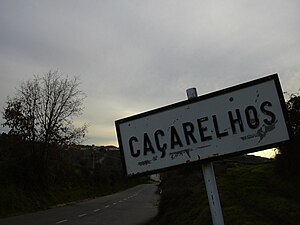 Many languages changed their writing systems to the Roman alphabet. In many countries, European settlers have made native people use the Latin alphabet. When the Soviet Union broke up, many Eastern European countries began using the Roman alphabet instead of the Cyrillic alphabet. After World War II, many Turkish countries changed their original alphabets (Arab, Persian or Cyrillic) to the Latin alphabet. The Latin Alphabet in Turkish countries started to be used by Kemal Ataturk in Turkey. It is now used in Turkmenistan, Uzbekistan, and Azerbaijan.[source?]