Many of the listed laboratories have ongoing scientific research, and may not be open to the general public, although they may offer occasional special public access opportunities. Observatories are usually open to the public and have tours showcasing their astronomical research.[1][2] 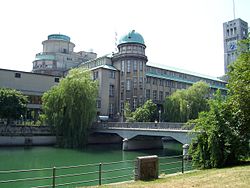 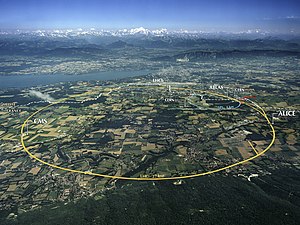 In the United States of America overseen by the United States Department of Energy (DOE) the Office of science operates ten national laboratories. In total there are 17 national laboratories funded by the DOE. Most of the sites hold open houses where the public can come in for free and see how American tax dollars are invested in research. This used to include nuclear facilities, but those have been restricted since 9/11.

While the headquarters of the European Southern Observatory are in Garching near Munich, Germany the observatories are in northern Chile.

The most prestigious universities generally attract excellent scientists and have fine science programs. University campuses are usually open to the public, though permission from guards is sometimes required, and there may be some café or cafeteria or mensa or restaurant or even a university shop on site. Universities usually offer public lectures about ongoing research. Otherwise, their seminars and buildings are reserved for the students and the working faculty including post-doctoral researchers or professors. On weekends or holidays, many universities require special permits to enter. Universities compete on a worldwide basis; hence, they are not ordered by geographical position or alphabetized. Below is a list of the 20 highest-ranked universities according to 2013/2014 QS world university ranking (of course rankings may differ according to year and specific subject).