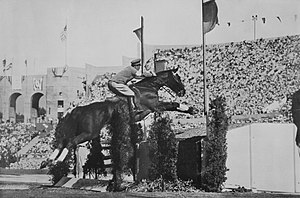 The 1932 Summer Olympics, officially known as Games of the X Olympiad, were held in Los Angeles, United States.[1]

U.S. President Herbert Hoover did not attend the games. Despite this snub, the games were thought to be a success because the LA Olympics did not end up in debt.[2]

Los Angeles was the first to provide an athletes' "village".[2]

A total of 37 nations sent athletes to compete at the Los Angeles games.[3]

Countries at the 1932 Olympics