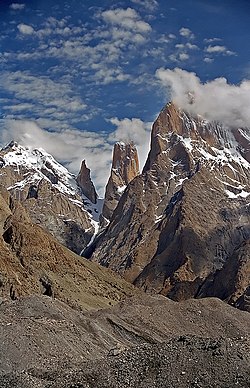 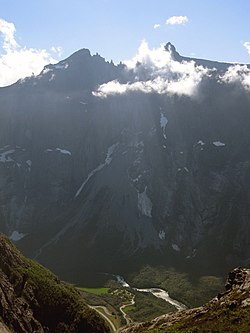 The tallest cliff in Europe, in Norway

A cliff is a vertical or very steep natural wall of rock.

Cliffs are common on coasts, in mountainous areas, escarpments and along rivers. Cliffs are usually formed by rock that is resistant to erosion and weathering. Sedimentary rocks most likely to form cliffs include sandstone, limestone, chalk, and dolomite. Igneous rocks such as granite and basalt also often form cliffs. An escarpment (or scarp) is a type of cliff, formed by the movement of a geologic fault, or a landslide. Cliffs are known for forming major geographical features such as waterfalls.

The tallest cliff in the solar system may be Verona Rupes, an approximately 20 km (12 mile) high cliff on Miranda, a moon of the planet Uranus. [1]

Other notable cliffs include: 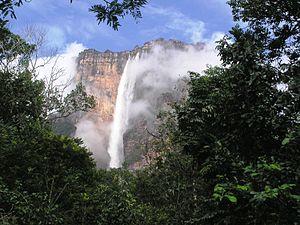