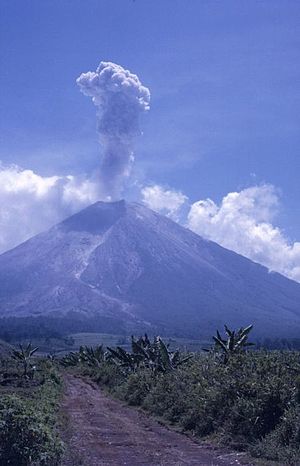 The list of volcanoes includes some which are active, dormant and extinct:

Saint Vincent and the Grenadines

Elsewhere in the solar system

Other planets and moons