Manchester United Football Club (F.C.)[5] is a football club that plays in the Premier League. They play their home games at Old Trafford which is in Greater Manchester.

Matt Busby led the club to lots of success by using the youth players until the Munich air disaster in 1958, where many United footballers and staff died. Sir Alex Ferguson led the club to many titles, including the treble (Premier League, FA Cup, and Champions League), from 1986 to 2013, when he retired. The club has 3 UEFA Champions League titles, 20 league titles, 12 FA Cups, and a FIFA Club World Cup.

Manchester United are the most successful club in England and have won 20 league titles, which is more than any other team. They have also won 12 FA Cups and 3 European Cups.

The club started as Newton Heath L&YR F.C. in 1878. All of the team worked at Lancashire and Yorkshire Railway depot at Newton Heath. After nearly closing in 1902, John Henry Davies took over and changed the club's name to Manchester United F.C.. Manchester United made Matt Busby their manager after World War II. Matt Busby used the youth team to get new players, and this was very successful. The club won the Football League in 1956 and 1957. The success was stopped by the Munich air disaster in 1958, when eight of the club's players died. It was thought that the club might close, but it did not. They won the Football League in 1965 and 1967, and the European Cup in 1968. 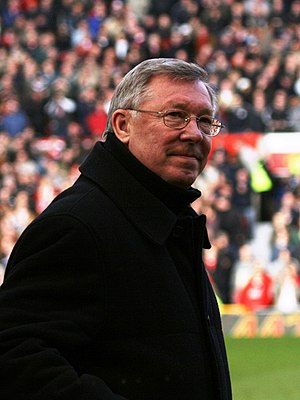 In 1986, manager Ron Atkinson was sacked by the club because they were in danger of being relegated. They brought in Sir Alex Ferguson. He did not win anything for the first couple of years.

David Moyes was made manager in 2013. In April 2014, he was sacked by the club and club legend Ryan Giggs became player-manager (when a player is also the manager at the same time). They finished in 7th place. In 2014, Louis Van Gaal took over. He led United to a 4th-place finish. In 2015, after winning 3-0 against Sunderland, Man United reached 1st place for the first time in over two years. However, after losing 0-3 to Arsenal, they dropped to 3rd place. Van Gaal was sacked at the end of the season and José Mourinho replaced him. He then led the club to a League Cup and Europa League victory in the 2016–17 season. Mourinho was sacked in December 2018 because of poor results and replaced by Ole Gunnar Solskjaer.

Since Mourinho was fired in the middle of the season, United brought in a temporary manager for the rest of the season. A former player, Ole Gunnar Solksjaer moved from his position at Molde to manage Manchester United. Under Solksjaer, United won 14 of their remaining 19 games that season. This good run meant they qualified for UEFA Champions League that season. United made Solksjaer their permanent manager in March 2019.[6]

*Bold indicates a place of third or higher. 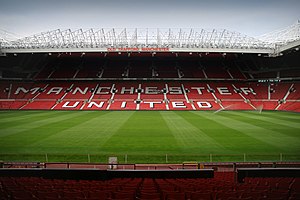 United has many rivalries including Liverpool, Manchester City, Leeds United and Arsenal. Their most intense rivalry is with "The Citizens" (Manchester City). This is because both clubs are from Manchester and each time they play against each other it is called the Manchester Derby.