An endorheic basin, also called an internal drainage system, is a drainage basin, or watershed, that does not flow to one of the Earth's major oceans. This is unlike normal basins that collect in rivers and flow to the ocean. Endorheic basins usually end in a saline lake or a salt flat. They can be found in all parts of the world, but usually in desert locations.[1] 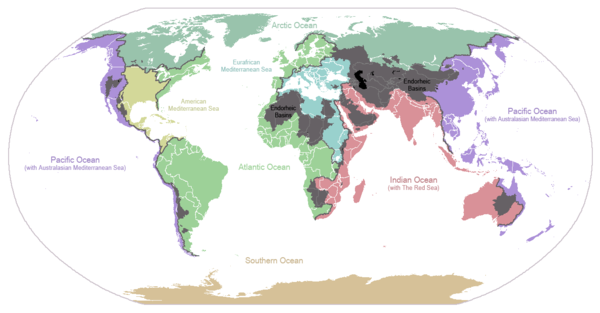 Endorheic lakes in Antarctica are located in the McMurdo Dry Valleys, Victoria Land, Antarctica, the largest ice-free area in Antarctica. 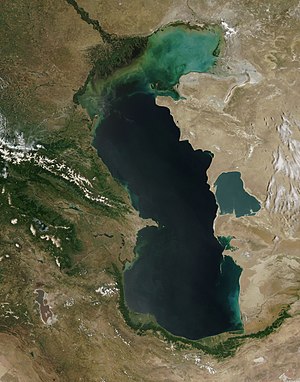 Much of western and Central Asia is a single, giant inland basin. It contains several lakes, including:

Australia, being very dry and having exceedingly low runoff ratios due to its ancient soils, has a great prominence of variable, endorheic drainages. The most important are:

Many small lakes and ponds in North Dakota and Manitoba are endorheic; some of them have salt encrustations along their shores.

All these lakes are drained, however, either through manmade canals or via karstic phenomena. Minor additional endorheic lakes exist throughout the Mediterranean countries Spain (e.g. Laguna de Gallocanta), Italy, Cyprus (Larnaca and Akrotiri salt lakes) and Greece. 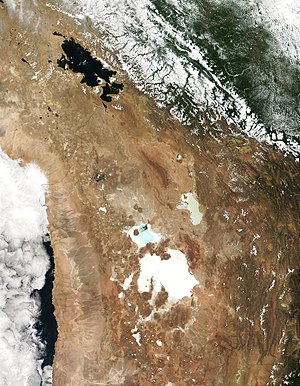 MODIS image from November 4, 2001 showing Lake Titicaca, the Salar de Uyuni, and the Salar de Coipasa. These are all parts of the Altiplano

Some of the Earth’s ancient endorheic systems include: