The people of Spain are called Spaniards. They speak Castilian or Spanish (in Spanish, "Castellano", from Castilla, or "Español"). They speak other languages in some parts of the country. They are Catalan, Basque, and Asturian, Galician, Leonese, Aragonese, Aranese Occitan and even Portuguese. The religion of about 56% of the population in Spain is Roman Catholic.

Spain is known for flamenco which is usually performed by Roma gypsies. 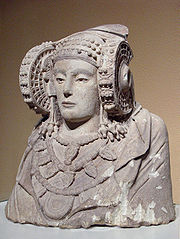 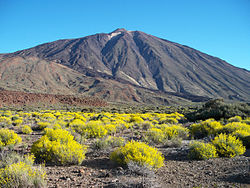 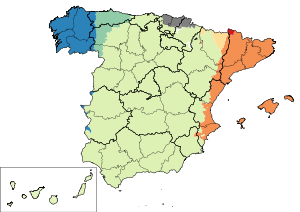