KidzSearch Safe Wikipedia for Kids.
(Redirected from List of U.S. states and territories by population)
Jump to: navigation, search 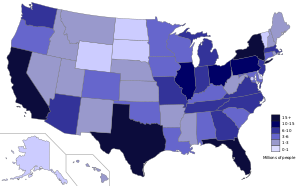 Map of each state's population as of 2013 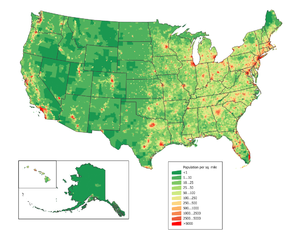 These numbers include all people other than people just visiting: These include citizens, non-citizen permanent residents and non-citizen long-term visitors. People in the military who are working in other countries and their families are counted in their home state. The United States of America is the one of the most populated countries, right behind China and India.

The following is the state by state population count as of the July 1, 2012 estimate.