The State of Israel is a country in southwestern Asia on the eastern side of the Mediterranean Sea. Israel became an independent country in 1948.[6] Israel is the only Jewish country, and Jews all over the world think of Israel as their spiritual home. Israel's population was 8.1 million people in 2013 and 6.04 million are Jewish. Almost all the other citizens of Israel are Arab (1.6 million) and include Muslims, Christians, Druze, and Samaritans.[7][8][9] Israel's largest city is Jerusalem. Israel's capital city is Jerusalem (limited recognition). Most countries keep embassies in Tel Aviv.

According to the Democratic Index, Israel is the only democratic republic in the Middle East. According to Freedom House, both Israel and Tunisia are the only full democracies in the Greater Middle East.[10][11][12]

The country's history goes back thousands of years, to ancient times. Two world religions, Judaism and Christianity, began here. It is the place where the Jewish nation and religion first grew. Jews and Christians call it the Holy Land, because it is the place of many events described in the Bible, and because some commandments of Jewish law can be accomplished only on its soil.[13]

On 14 May 1948, British control over Palestine ended. The Jewish inhabitants (under the leadership of David Ben-Gurion) declared independence for the new Jewish state. Immediately following Israel's declaration of independence, the armies of several nearby countries – including Egypt, Syria, Jordan, and Iraq – attacked the new country.[14] Since the 1980s, Israel's main military opponents have been Islamist groups, such as Hezbollah.[15]

The weather is normally hot and dry in the summer and mild to cool in the winter. Rain falls mostly in the winter (between the months of November and April). There is more rain in the north than in the south, and hardly any rain in the desert. Snow falls in higher elevations. Israel built a very big irrigation system to bring water from the north to the dry areas in the south so that crops can grow there also.[16]

Jerusalem is the biggest city in Israel. Tel Aviv, Haifa, Beersheba and Rishon LeZion are also large cities. Israel says that its capital city is Jerusalem. Most countries do not recognize that. They treat Tel Aviv as the capital.[16]

Benjamin Netanyahu has been the Prime Minister since March 2009.

Reuven Rivlin has been the President since July 2014.

The parties belong to three main groups. The biggest groups are the Zionist parties. These include the conservative liberals, such as HaLikud;[17] social democrats, such as HaAvoda (Labor Party); and the religious Zionists. There are also smaller religious Orthodox Jewish parties, special-interest parties, and Israeli Arab parties.

Current Knesset is the 23rd Knesset, sworn in on March 16, 2020. Current government is the Fifth Netanyahu Government, installed on May 17, 2020.

At independence, Israel was a poor country with little agricultural or industrial production. But Israel's economy has grown tremendously since 1948. The nation now enjoys a relatively high standard of living, despite having few natural resources and a limited water supply.

Tourism is one of the country's important sources of income. Tourists visit many archaeological, historical, and religious sites; museums; nature reserves; and beach resorts in Israel.[18] 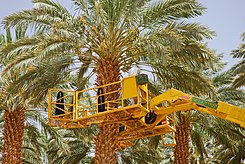 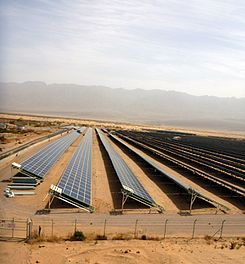