2012 (MMXII) was a leap year starting on Sunday in the Gregorian calendar.

The year 2012 was the International Year of Cooperatives and the Alan Turing Year.

The Costa Concordia on its side after the accident

The solar eclipse as seen from San Juan Capistrano, California

Cyclist Chris Hoy leads in the Great Britain team at the opening ceremony of the 2012 Summer Olympics in London.

The Curiosity rover lands on Mars.

The Olympic flame going out at the end of the 2012 Summer Olympics.

Damage from Hurricane Sandy on the New Jersey coast on October 30. 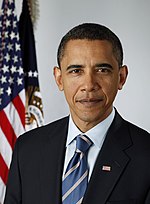 Barack Obama, who was elected to a second term as President of the United States.

South Korean rapper Psy had one of the biggest hits of the year with Gangnam Style, which has been seen over a billion times on YouTube.